Last week the Core CNC team ventured out into the bustling city center in aid of Team Building! We believe spending time with each other outside of work is important for team moral, staff relationships and encourages teamwork in every area of the company.

So, on a sunny Friday afternoon in Manchester City center the team congregated at Moon Under Water for a ‘swift’ drink and bite to eat before the main event.  Before I go any further, I should explain what we would exactly be doing. Breakout Manchester is a real life escape room, whereby you must solve clues and puzzles to obtain a key  (to escape) within 60 minutes. In two teams of five we opted for Rooms: Classified 1 & 2 this gave us the opportunity to go head to head and try to complete the exact same challenges in a race to escape.

And let’s face it… there is no better way to bring the team together than being locked in rooms together!

After an eventful walk down Deansgate we finally located our destination. We were greeted by friendly and helpful staff, that proceeded to tell us the rules of the game- don’t overly ransack the rooms in the hunt for clues/codes and no phone use because that’s definitely cheating!

And so we began…

Without giving too much away about the room, it’s safe to say all clues have been excellently thought out and planned. We started by searching everywhere and everything for codes, that would open the vast amount of padlocks in the room. Firstly I’d like to say that it most definitely wasn’t easy, far from it. We started really well, the amount of excitement you get from figuring out a code and opening a lock was unbelievable. As I can only speak for my team, unfortunately the excitement didn’t last… We hit a wall. And began to get more and more frustrated. Definitely a challenge for those of you who have a lengthy attention span! 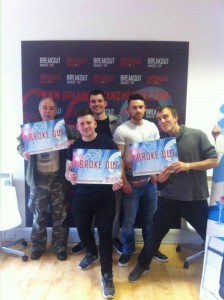 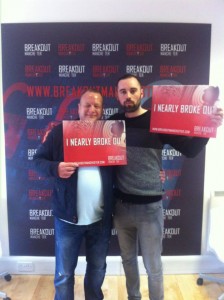 Much to our dismay, the other half of the Core CNC team managed to escape the room before the 60 minutes and proved themselves excellent spies.  And don’t we all know it! Either way, both winning and losing teams had a fantastic time at Breakout Manchester, if you’re looking for a Team Building event that will challenge and encourage team work, we definitely recommend it!